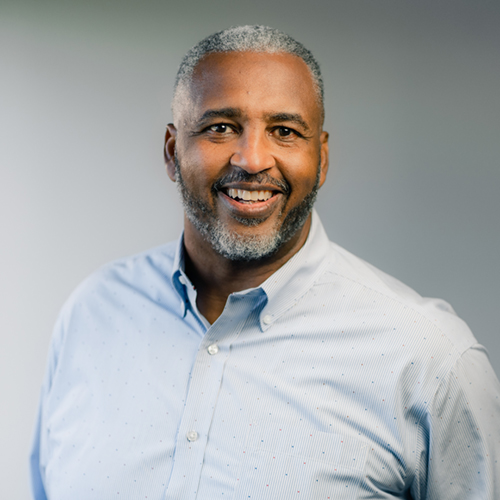 For nearly 40 years, Rev. Michel Faulkner has dedicated his life to serving God and his community. Growing up in Washington, D.C., that became a freshman All-American and four-year starter at Virginia Tech., graduating with a B.A. in communications in 1980. After college, Rev. Faulkner played two seasons (1980-82) in the NFL, one season with the NY Jets. In 1983, Faulkner returned to VA Tech for his MA. After finishing his Master’s degree, he became the Assistant Dean of Students at Liberty University in 1985 and was promoted to Vice President for Urban Ministry in 1987.

In 1988, Rev. Faulkner and his family moved to Times Square in NYC, to run a soup kitchen the Lamb’s Church. One year later, he joined the staff of Calvary Baptist Church in Manhattan as Pastor for Youth and Community Outreach, where he was ordained in December 1991.

In 1993, Rev. Faulkner became the Senior Pastor of Central Baptist Church in the Upper West Side of Manhattan. He simultaneously served as the VP for Community Government Relations at King’s College from 1998 to 2002. He served on Mayor Giuliani’s Task Force on Police Community Relations. June of 2002 to February of 2004, Rev. Faulkner served as World Vision’s Director of U.S. Programs in NYC, helping to give share to their 9/11 NYC response.

In June 2006, he left Central Baptist Church and founded the New Horizon Church of New York in Harlem, with the purpose of building bridges for the economically and socially disadvantaged in the name of Christ.

In February 2014 Rev. Faulkner lost his wife, Virginia, of 31 years to lupus. Together they raised 3 children in New York City all are married (1 granddaughter) In March 2015, Rev. Faulkner married Dr. Sarai Padilla a practicing psychologist for more than 34 years, and has one daughter and two grandchildren.

In June of 2019, Rev. Faulkner joined the Philadelphia Council of Clergy and serves as Executive Director, the oldest African American Clergy organization in Philadelphia. In March 2020 he became the Pastor for Outreach Ministries at Victory Church in Audubon, PA. He has authored 1 book and completed 4 marathons.